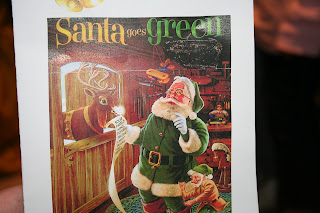 We live in a different world. My school plays in elementary were about santa and singing toys. Allysons are about the price of oil by the barrel (actually sung that in a catchy tune) and how to recycle christmas trees. What? 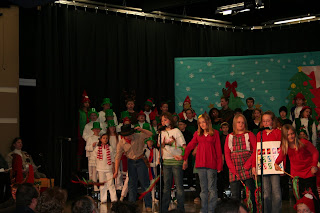 Allyson was a singing and dancing toy- she chose to be a Barbie. The song was "It's our world"- making all adults in the room want to run home and begin rinsing plastic jars for recycling.

Just imagine a bunch of 10 year olds singing "The Greenhouse Effect" and "Turn off the Pump". There was even "Recycle the Fruitcake". Catchy tune, still singing it to myself. 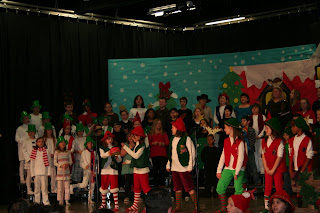 Although very different from anything I've ever seen produced on a school stage- very 2009ish- it was by far one of the cutest, funniest plays I've every seen. 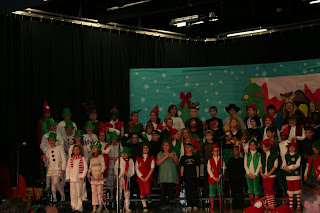 Until I started tearing up. This is THE last time I will see this little girl perform on the elementary school stage. Probably the last Christmas Play for Allyson- next year will probably be something different at the Middle School (or Intermediate School- I can never remember which is which). Wow. Hard to believe she is wrapping up year number 5 of elementary school already. Until she starts acting like a PMSing pre-teen, then it is very real, but that's a story for another day, folks. 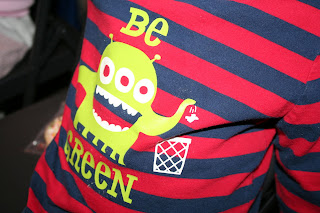 Even Sam got in on the action by wearing his Green shirt.

And I missed it!! -- my own fault for doing something for myself (buying new clothes ... and I can't believe it, everything fits!!). Shoot, I hadn't realized this would be her last Xmas play. Well, will be at Church this Sunday -- maybe she'll forgive me. Wasn't ready to see her look so much older...she is really 'blooming'.