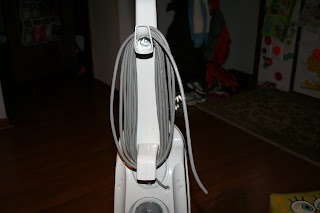 I have an excuse.
There is a reason that my house is a complete disaster. 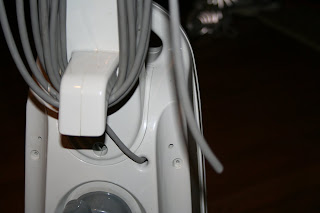 Clearly, my vacume is missing the plug. 'Old Faithful' has been with us for around 12 years, and just this past weekend I learned why you don't wiggle the plug back and forth then unplugging it.

The metal pluggers (I'm real technical) broke off- in the outlet people! Instantly I reached for the small tab that was sticking out and almost grabbed it- but for fear of fried internal organs thought better of that decision.

I made Dan do it instead.

And then- he took his wire trimmers and clipped of the plug. He thought I would try and plug it in with just one of the metal doogies. (the thought had already crossed my mind- why do you need two anyway, one would have probably been enough).

So now I have an excuse why the dishes are backed up, the laundry is behind, there are boxes on my kitchen counter and Christmas decorations are not up.

My vacume is broken and it has sent my entire world into a tailspin.

Should have the vacume back up and running by Valentines.

Can you come break mine, too?

Hey I think that last comment was totally unnessary, it will surely run before.....Christmas?